Okay, you must be wondering where the hell this place is right?
Let’s rescue some history before we talk about food. This kingdom, also known as Kingdom of Sion, had its capital decreed in 1782 in a city of Bangkok. If you have not found out where this place is, we are talking about the land of Muay Thai.

Comparatively, in culinary terms, Thai food is not as popular as the other nations in the continent, such as Japan, China, Korea, or India. There are many similarities, like the use of white rice as starch base, along with noodles, without the use of wheat flour. Located in Southeast Asia with a humid tropical climate, this country offers a variety of exceptional spices and landscapes like this one: (search for Phuket, one of the small islands of the country).

So, why Thai food today?

I believe that the first experience I had with authentic Thai food was in a restaurant in Sao Paulo called Thai Gardens, which closed its operations a few years ago but fulfilled a promise of traditional cuisine focused on an experience that would offer an amalgam of sweet, bitter, spicy flavors , acids (not necessarily sour) and salty.

What? All blended ? Sounds good?

The second experience was at the Chelsea Market, a cultural gastronomic boiling potin NYC. At Chelsea Thai, who runs a unit at the 1st Ave., we’ve tried thePhad Thai, one of the most common and popular dished in the country’s culinary.

Roger that! So, where can i find Thai food in Brazil!?

There are already some places in Brazil that offer an authentic Thai experience. Notably, the Liberdade neighborhood in São Paulo is a mix of Chinese, Korean, Japanese and other nationalities. The Thai Chef Experience , opened a second unit recently in the neighborhood and went to try some of their menu!

The front entrey is super discreet, but it is very well located in a street of excellent restaurants (they are not necessarily expensive restaurants), I found the proposal very nice! The interior has few tables, but the cool information revealed by the manager is that 100% of the kitchen staff is Thai.

We ended up ordering three different dishes with three choices: Curry, Rice and Noodles. We did not order the traditional Phad Thai, but found all the dishes were very good!

Hmmm, but wait, i know Curry!

Hold on to this thought. Until a while ago I myself did not know how to define what “Curry” was. My reading is that it is not just a seasoning or a dish (recipe) but both. I’ve heard that Curry is a dry composition of various seasonings, including the macerated leaf of Caril . Like zatar, it is a mix, consisting of ginger, coriander, cumin, turmeric, pepper, cinnamon, cardamom and various other spices.

This image above is a spectacular recipe for a curry. Usually we would think of more brown, beige and yellow colors for a curry, but they made an extremely aromatic recipe with that greenish tone, with a thinly sliced ​​chicken thies. I believe that Thai cuisine has a complexity similar to Indian food, which combines many spice flavors so important, that led kingdoms and civilizations to prosper (including our Portuguese friends).

Above, an option of rice noodles (very light and firm consistency) in a Japanese ramen interpretation. Okay on the way and format. Now….. the broth is much lighter, sweeter and aromatic and the loin that is usually the star for those who enjoy pork, loses relevance. For real? This was not a critic, because the dish is very good! Broth and noodles, very good!

Finishing we had a rice with shrimp that has equivalents in the Chinese and Japanese cuisines. But made with more seasoning, sweeter also and more fragrant, although the famous rice of jasmin or basmati is not used. My point: with three courses, in three people, we ate very well!

As for seasonings for Thai cuisi

Man, this is alchemy. Much fresh seasoning, as quoted above, but in a powerful combination. We only went over blandly about Thai food, scratching the surface but I suggest the following:

Go to a street market to buy groceries and smell everything you can. Yes, smell. Often we stick to “chewy” seasonings with mass and more attractive colors. The fact is that the seasonings and fresh green and yellow ingredients are very aromatic and make even a skinny little chicken get interesting.

It requires repertoire, patience, curiosity, tolerance. I was very keen to get to know Southwest Asia after this restaurant: Thailand, Laos, Cambodia, Vietnam, Malaysia, Indonesia and the Philippines.

Until the next staff! If anyone has suggestions of restaurants in these countries, please let me know!

This is arab for me! 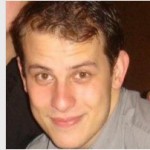